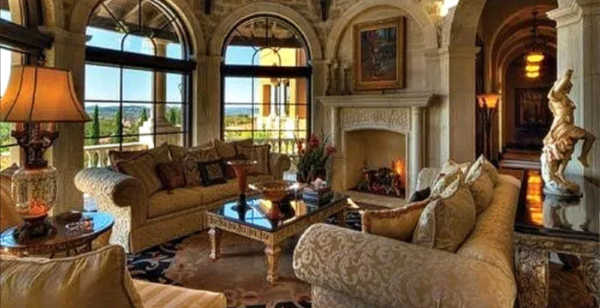 The Renaissance ended the Middle Ages and spread far and wide in a whirlwind of intensive learning, cultural appreciation and thought- inspired by that of Ancient Rome and Greece. This movement brought with it a whole set of architectural and design principles that were put in place, whilst old Medieval and Gothic styles were bid farewell.

As such, Florence, the birth town of the Renaissance, and later Rome, Turin, Venis, Naples, Padua, Verona and Siena began to redesign the cluttered urban arrangements of the Middle Ages. The architectural mission of the 15th and 16th centuries was to construct ideal cities of symmetrical proportioned, spacious and elegant grandeur.

The interior of these newly erect buildings was very much in line with the same philosophy. That is to say that they emerged as an extraordinary array of fine interiors that drew inspiration from earlier periods- yet, displayed their own unique decorative features. Essentially, the Renaissance was a revisit to the Roman and Classical style of ornamentation and architectural elements.

A thousand years existed between the fall of the Roman Empire and the Renaissance- yet it was a time of renewal symbolised by retreating to a better time. Whist the Renaissance philosophy eventually spread throughout Europe, it began, flourished and will forever be synonymous with Italy.

Features of classical roman architecture were restored in different applications and adapted to dress a new architectural style. Furniture was deeply intricate and was created for utility as well as decoration. Essential to the characteristics of Renaissance interiors were the dressing of walls, the opulence of woodwork and the grandeur of fireplaces.

New applications of classical Roman style found its place in 15th Century Italy with increased ceiling heights, beams and open spaces for maximum natural light. The Renaissance building facade can be directly associated with domes, arches and pediments. Rooms were built to be spacious, symmetrical and balanced, with a respect for linear refinement.

Furniture played an important role in establishing an organised and symmetrical aesthetic in interiors. During the Renaissance, furniture was used in proper scale and proportion to suit frequently lavish interiors. In other words, the practical uses of the furniture helped to offset the other architectural elements in the room.

One furniture creation that transpired from the Renaissance was the cassoni. These chests were the most desired and common furnishing found in homes. Despite the fact that they were expensive, they were owned by nearly all social classes.

These chests were often dark wood and elaborate- their grandness depended on the owner’s wealth. Each cassoni was constructed so that it could stand alone, not requiring a stand, table or brace. With many created in Paris, they were massively ornamented with battle scenes or ancient mythology. They were created to contain objects- but widely used purely for decoration.

Colours were indeed used, but only as backdrops for more elaborate designs like paintings, sculptures and carving. Colours most certainly never overpowered the space. Renaissance designers had refrains in their desire t be elaborate and immerse themselves in this new opulent movement. Good judgement and tasteful style were used when placing furniture to avoid being exaggerated and crass.

Whilst the fireplace wasn’t used for the first time in Renaissance Italy, the 15th and 16th century movement did give the fireplace a transforming presence that elevated it to new decorative heights. As showpieces used to emphasis flamboyance and design, the mantel and hearth were adorned with intricate plastering effects, wood carvings and marble accents.

The walls that divided the interiors of Renaissance buildings were dressed in concert with the surrounding decorative elements in the space. The use of frescos and tapestry hangings of stamped guilt leather were often subject to historical and religious scenes and were extensively displayed. This aesthetic can be easily recreated by using a plain wall backdrop and drawing attention to the art, tapestry and hangings that tell a story.

The revival of the classical use of bronze in creating figurines, sconces and candelabras is central to the artistic cultural movement of this period. Bronze, once favoured by the Romans, had been restored in furniture manufacturing of the 14th and 15th century in Italy and is easily accessible today in the 21st to recreate the style. Situating mirrors strategically is not unique to 21st Century interior design. Spaciousness was key to Renaissance interiors and mirrors were an important tool to provide the illusion of space.

The practice of imitation that originated with the ancient Greeks was to ‘imitate the nature of human life and action’ and was adopted during the Renaissance period. The use of marble and stucco to emulate brocaded fabrics and painted wood to resemble colourful marble were key strategies. Combine these effects to create variable and striking interiors of 14th century Italy.

Author bio: Yasmine Dehimi is a content writer with 5 years of experience in The History of Heritage and Architecture and International Relations writing. I have experience working at the Economist, BuzzFeed UK and gained invaluable editorial skills as an Oxford University Press panellist.

Let us help you find your best style!

Fine Home Lighting and Fine Home Lamps are committed to providing customers with fine quality home accessories at the best possible prices along with providing knowledgeable and responsive customer service.

FineHomeLamps.com has been in operation since early 2009. We carry over 10,000 hand-selected home accessories such as table lamps, floor lamps, chandeliers, including wall mirrors, wall clocks. and wall art. We continually expand our inventory in order to provide additional choices for our customers. 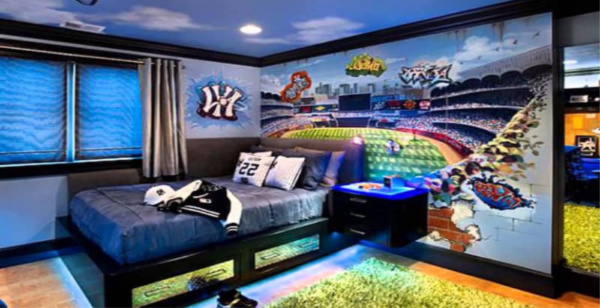 Back when Ozzy and H... read more

When it comes to sta... read more 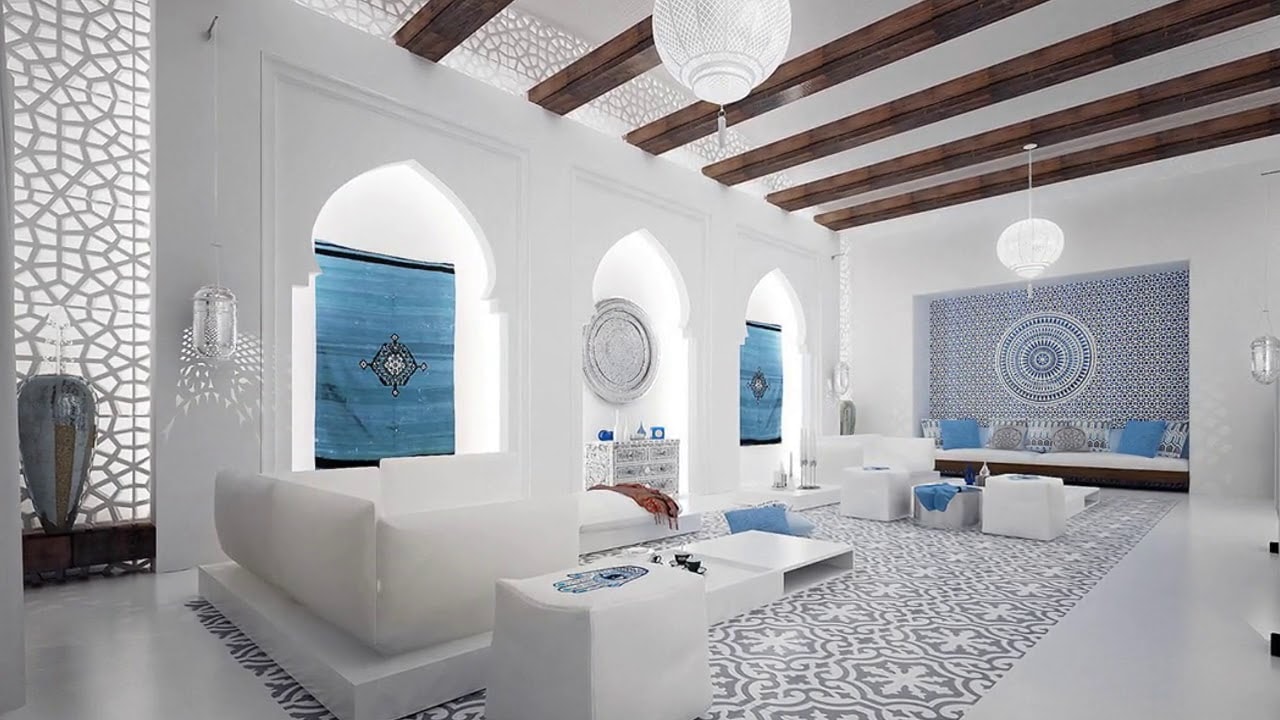 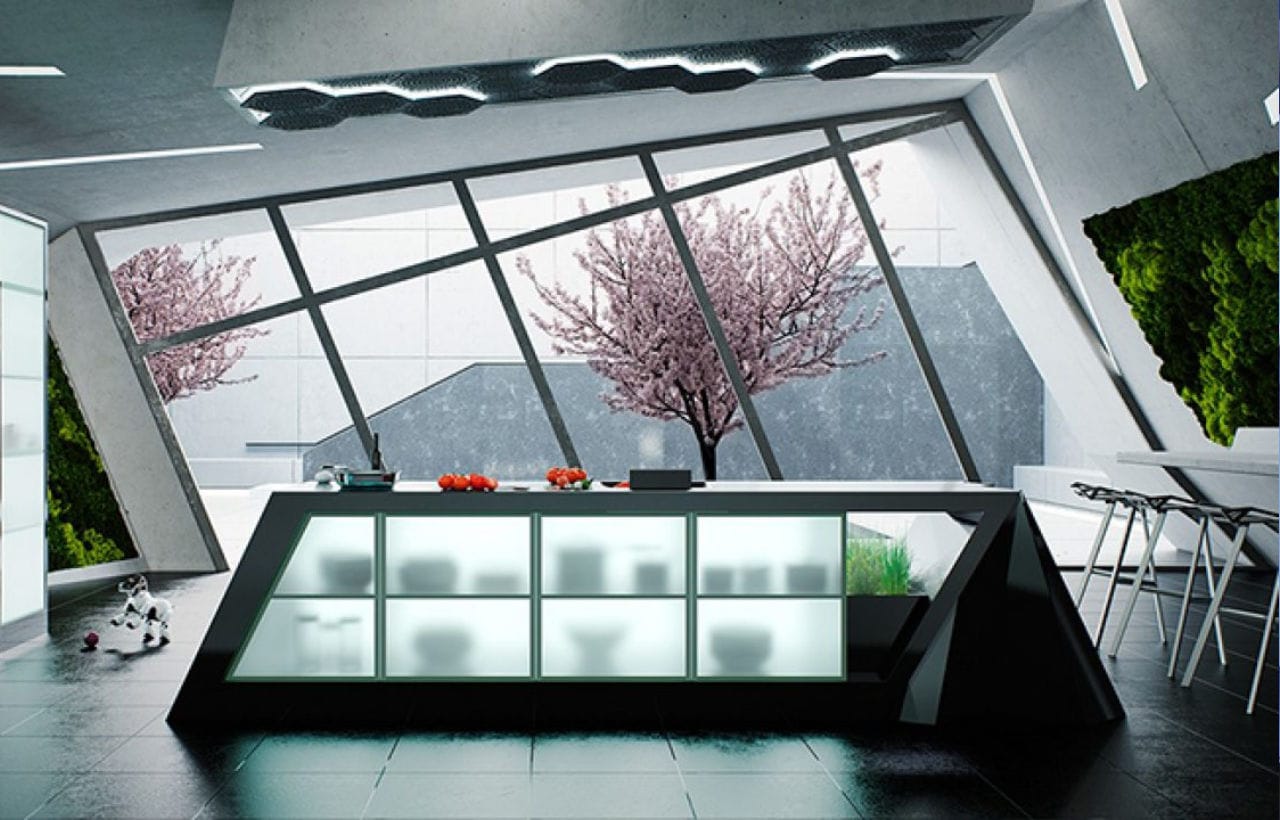 The kitchen is the h... read more 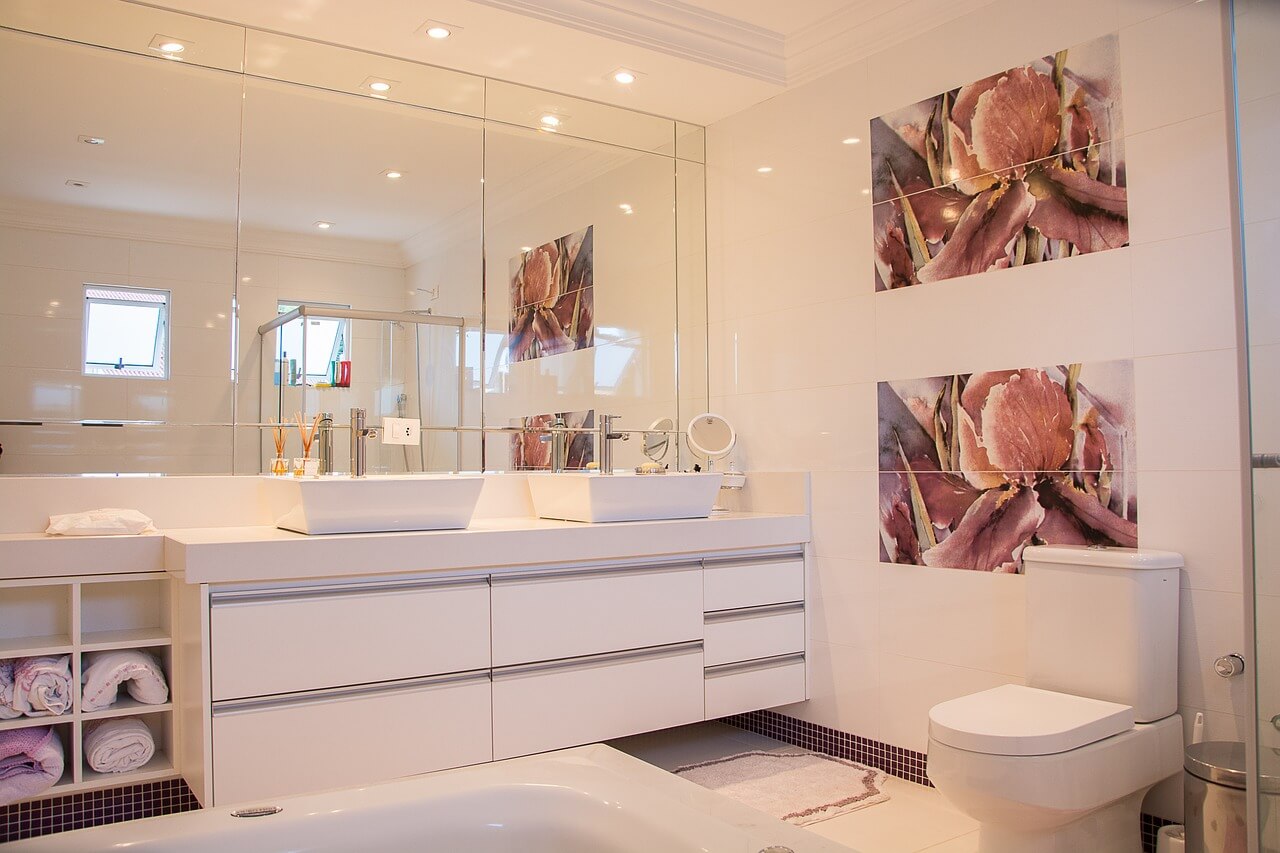 5 Design Ideas for a Neat and Stylish Bathroom 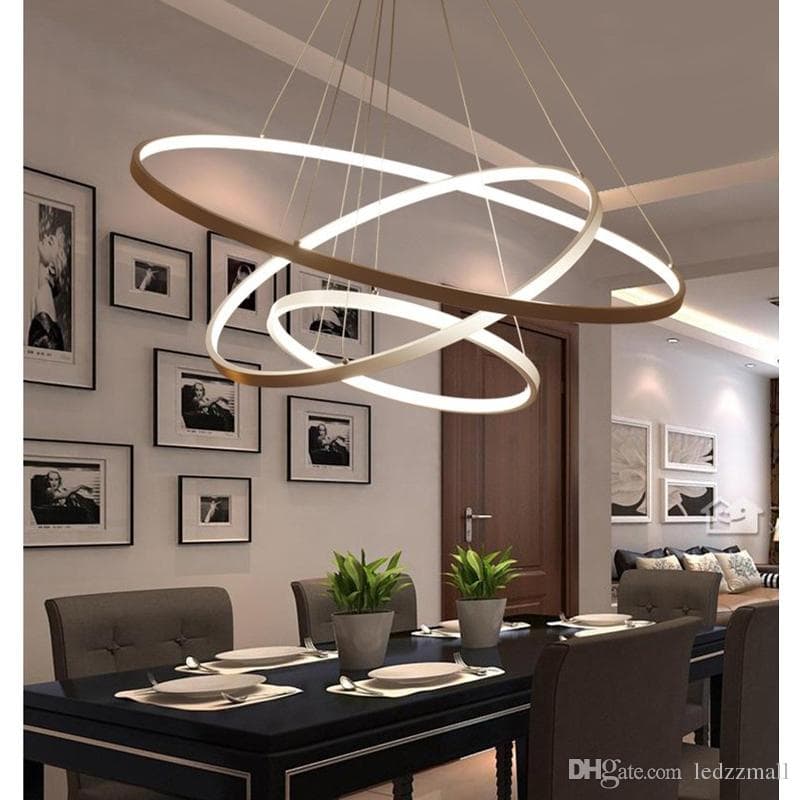 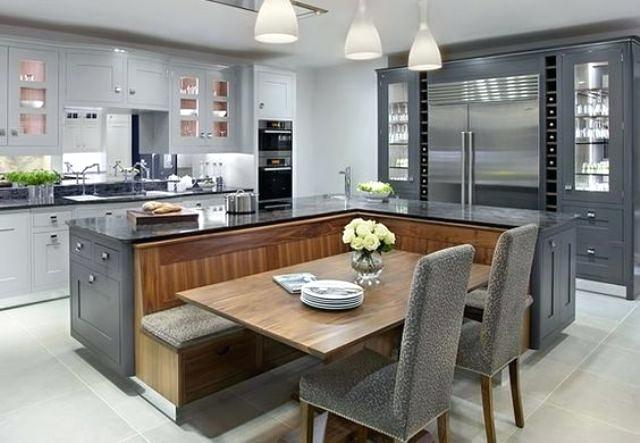 13 Ways to Spend Less on a Fresh New Kitchen 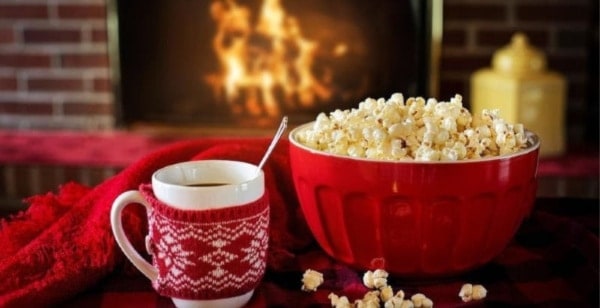 Winter Hacks: How to Make Your Dwelling Comfortable

As the nights get lo... read more 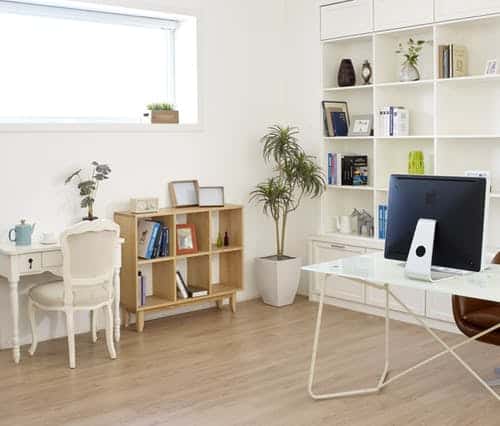 Many a successful bu... read more

Unexpected Places for Amazing Lighting in Your Home

Fun Ways to Use Christmas Lights All Year Round

How to Use Animal-Inspired Decor in Your Florida Home

How To Incorporate Glass Pieces Into Your New Home